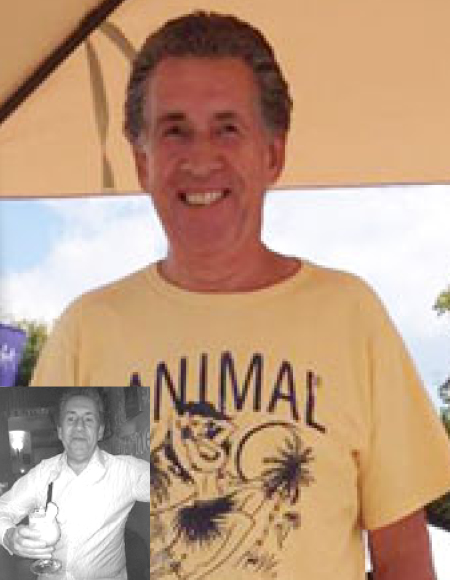 How much weight have you lost and how long did it take?

I started losing weight around the middle of January 2014 and I reached my goal weight just 3 months later on the 23rd April! I lost a 1st 12lbs26lbs11.7kg and feel a lot healthier for it.

My weight had risen dramatically over the Christmas / New Year of 2013 and it was when I needed to attend a family funeral early January that I found none of my suits fitted me. It was a bit of a shock and made me realise I needed to do something about it.

Has your weight stayed fairly consistent over the years, or have you always had to manage it?

My weight has generally remained fairly constant throughout my life, but I have found that over the last few years as I've got older, it's increased and the pounds started creeping on (it must be an age thing I guess!) Also I gave up smoking in April 2013 after more than 40 years of being a smoker. As many people do, I turned to food to fight the cravings.

Your wife has lost weight with Nutracheck in the past. Did that influence your decision to lose weight yourself?

Seeing Laura using the Nutracheck system was a big influence. She was losing weight, gaining confidence and looking great so clearly it worked.

It was actually much easier than I expected it to be. I love cooking so I started doing all the evening meals knowing that they were healthy and I could track them in my Food Diary. Also because my wife was using Nutracheck at same time, it made everything much easier at home. We both were watching what we were eating, having healthier meals, weighing out our portions, being more active - it became something we did together.

The hardest part for me personally, was having to cut back on my alcohol intake. Sadly that was definitely playing a part in my weight creeping up. I still enjoy a drink and haven't cut it out completely, but when I do I make sure I log it in my diary - just not as much as before!

I feel so much fitter in myself and just look better now.

I can now fit into clothes I've been unable to do up for some time! And actually, many of my trousers and shorts are now too big!

Try us FREE for 7 days

* Weight loss is individual and your personal rate of loss may vary from any case studies shown on this website.

Nutracheck is a top-rated food diary App and website. We track calories and 7 key nutrients - carbs, sugar, fibre, protein, fat, saturated fat and sodium. Our mission is to give our members insight into what they are eating to empower them to make more informed food choices. We've been helping people achieve their weight management goals since 2005.